Most of us have probably observed the phenomenon of an egg white, once whipped, taking a fluffier, whiter, and more structured form, which is taken advantage of in many types of baking, from souffles to angel cakes, to waffles. 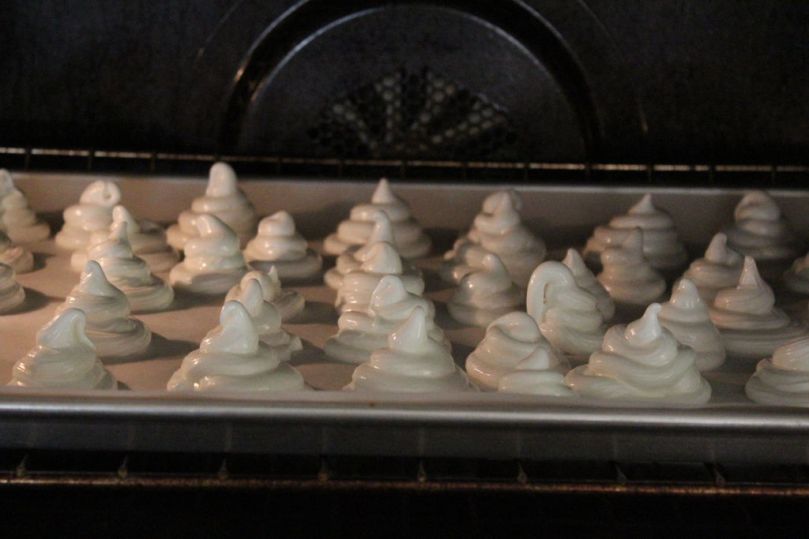 Confusing as to the precise language of the term “meringue,” Encyclopedia Britannica describes Meringue as a “mixture of stiffly beaten egg whites and sugar that is used in…desserts” [emphasis added], while many seem to use it to refer to the specific Meringue Cookie, the recipe we will be studying in this post, which is the meringue mixture basically piped into a cookie shape and baked to harden.

This is the most straight-forward dessert, regarding its simple and obvious use of egg whites, in my opinion, so that is why I will be using this form of meringue to explain the science in a basic manner. You will have probably used meringue or seen it used to top Lemon Meringue Pie. Whipped fluffy, then spread over the top, the meringue mix solidifies in the baking process in some sense, but keeps its soft and airy characteristics.